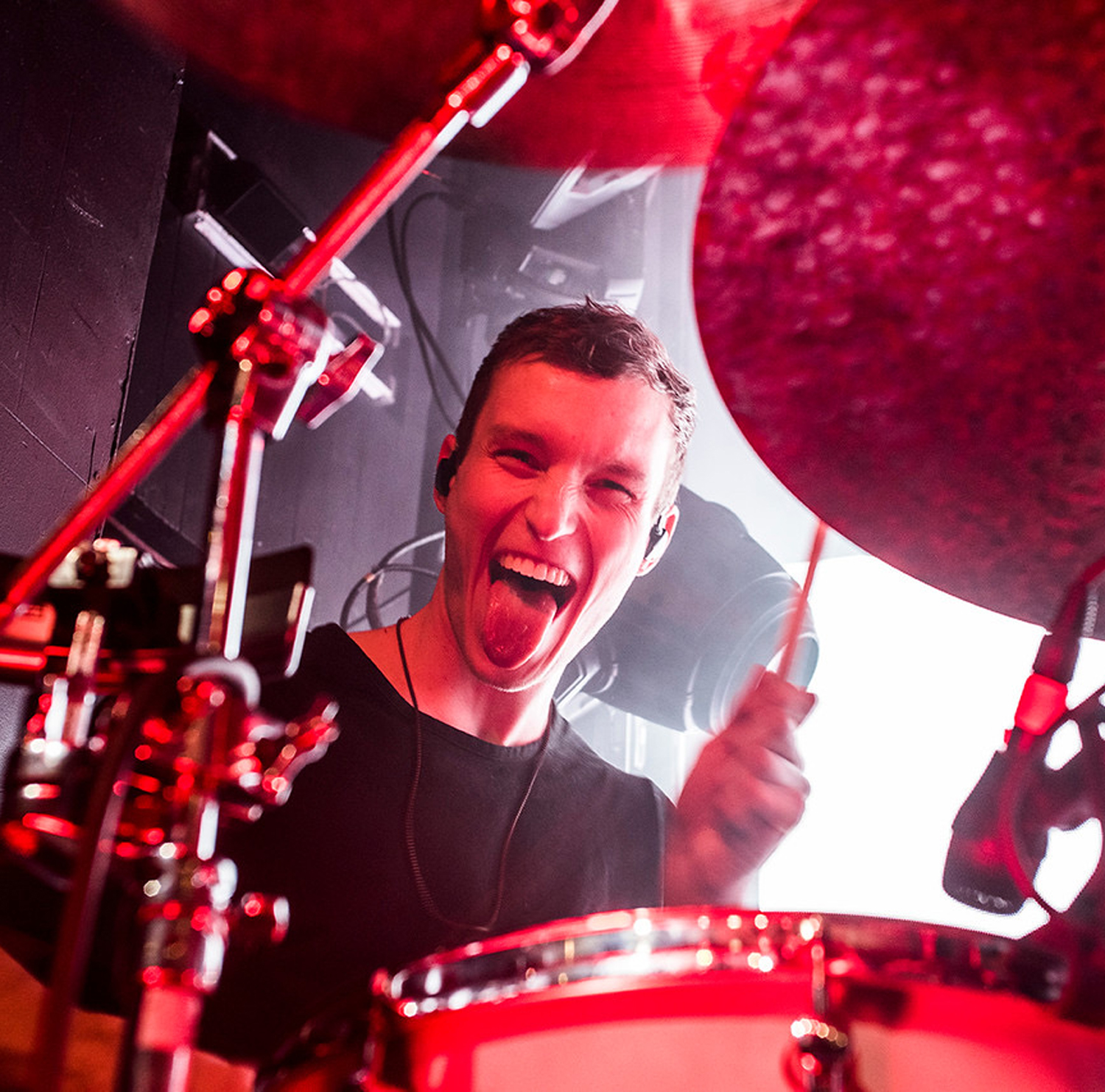 In 2011, Tobias Urbanczyk was a successful participant in the Professional Program of the Modern Music School. Afterwards, he completed his drum studies at the Musicians Institute in California and graduated as best in his class. Stephan Zender has been with the Modern Music School since 1990. After his pedagogy studies, he went to Los Angeles to study drums at the Los Angeles Music Academy. Here, he had lessons with legendary coaches like Joe Porcaro, Ralph Humphrey, Mark Schulman (Pink, Foreigner, Billy Idol etc.) and others. After his return from California, Stephan started teaching at MMS and today he runs three own locations. He played in various bands, recorded albums and toured through Europe and America.

He is one of the fastest drummers in the world. His play with the Swivel Technique, which allows him to perform two strokes with one pedal stroke, has become his trademark, as well as the One-Foot-Blasting technique.

His experience as a drummer of the internationally successful band NILE and 300 beats per minute make George Kollias the best lecturer for the metal genre. In the Professional Program, he teaches you all the important skills and tricks for metal drumming. He has been a member of the music group Korn since 2007 and stylistically moves in the areas of heavy metal, alternative metal, nu metal and industrial metal as well as hard rock. He also played drums with the band Metal Shop in the mid-1990s, but left the band to take the chance to go on tour with David Lee Roth.

In the Professional Program of the Modern Music School, Ray Luziers focus is on Rock and Touring.

Steve Alexander became known as a drummer mainly through his work in the Jeff Beck Band, with Duran Duran and Lenny Kravitz. He is also a composer and producer and tours the world as a clinician for Sonor and Zildjian. Steve has his own philosophy of playing drums. In his lessons, he will introduce you to it. Already in her youth, Angela set the course for her career as a professional drummer and played in the big clubs of São Paulo, where she grew up and where music entered her life. In 1993, Angela moved to Germany and quickly became an irreplaceable figure in the world music scene. She worked together with Nina Hagen, Grace Jones, Lou Bega, Airto Moreira, Rosanna & Zélia, Edo Zanki, Emiliana Torrini and Six was Nine.

On several occasions, she played as a guest in the Harald Schmidt Show Band.

One of the most versatile and popular drummers in the scene is Walfredo Reyes Jr. Whether in the studio, on tour or as a drum teacher on the percussions, on the drum set or a mixture of both – Walfredo is a musician who puts all his passion, heart and soul into music and music lessons. One of the most respected session drummers in Greece is Stefanos Dimitriou. Over 25 years of live performance, an abundance of studio and teaching experience – Stefanos has a busy schedule and is highly demanded as a drummer and drum teacher.

Tom Brechtlein grew up in East Meadow, Long Island and has been fascinated by drumming since he first heard the Beatles, The Rolling Stones, The Who, Cream and Jimi Hendrix. Later, his attention turned to big band jazz. His involvement with jazz led him to Dave Brubeck’s drummer Joe Morello and then to modern giants like Elvin Jones and Tony Williams, as well as legends like Papa Jo Jones, Max Roach and Philly Joe Jones. Roberto Cerletti completed his training as a professional drummer at the School of Jazz in Basel and at the Musicians Institute in California. This was followed by countless tours and studio recordings with stars such as Bridgit Mendler, Kamran & Hooman and Ana Barbara, engagements with The X-Factor, the Ellen DeGeneres Show and other well-known formats and jam sessions with stars such as Prince.