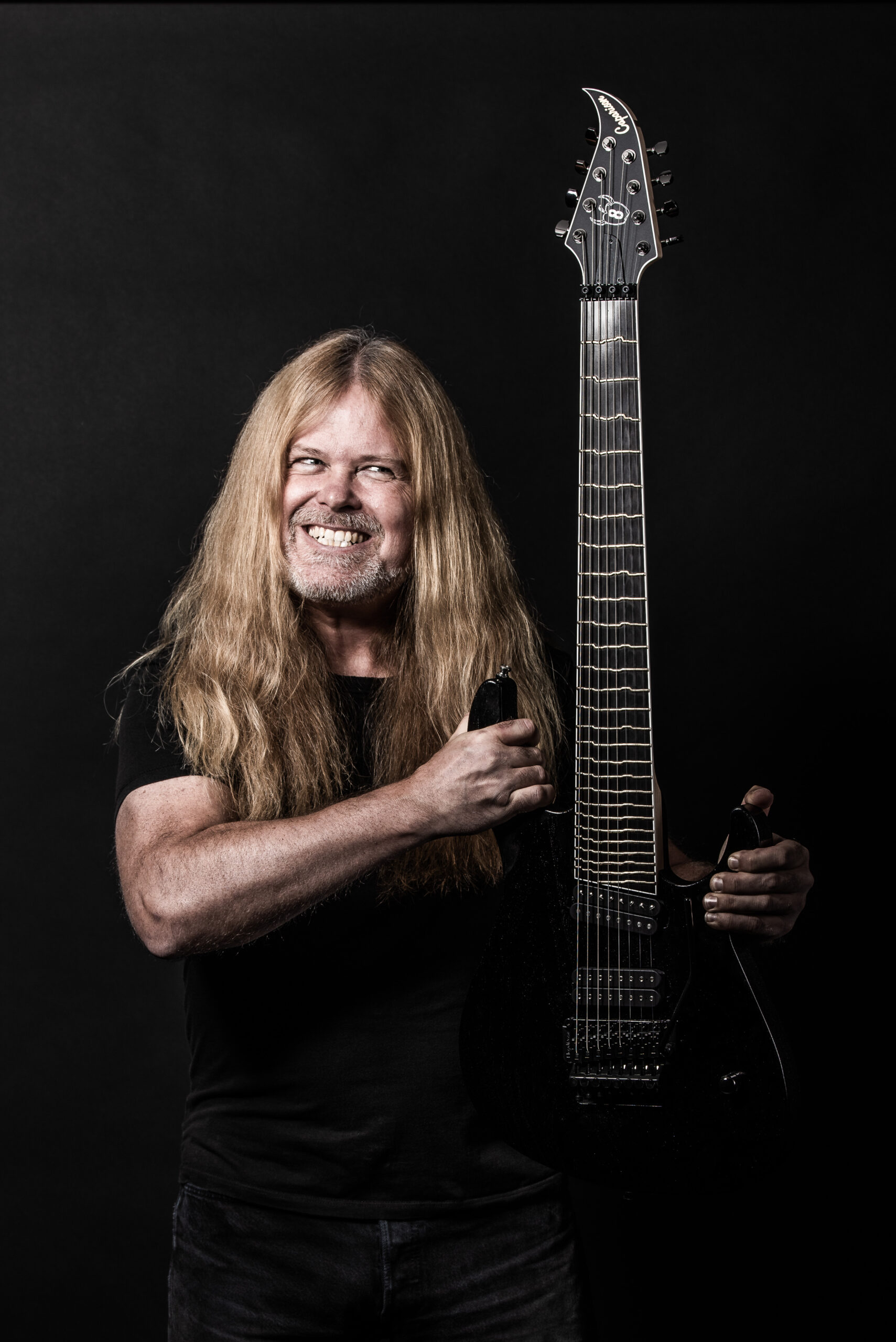 Mattias “IA” Eklundh is a Swedish guitarist and singer, known for his band Freak Kitchen and his participation in Frozen Eyes, Fate, the Jonas Hellborg Trio and Art Metal. He has also released solo albums under the name Freak Guitar.

Today Mattias is considered one of the most innovative guitarists in the world. Mattias’ minimalist, home-brewed and sober approach to the guitar has surprised record buyers and journalists around the world. There is simply no sign of expensive guitar effects or processors involved in his playing, despite the sometimes “strange” sounds you hear.

Martin “Ace” Kent is a member of the alternative rock band Skunk Anansie. The band celebrated international success with their hit Hedonism and with over 4 million albums sold, they are one of the most successful bands of the 90s.

Ace lives in London where he works as a musician and producer. His passion revolves around effect devices with which he creates his distinctive sounds. In his lessons, Ace mainly works with you on your band performance.

Learn more about your instructor HERE. 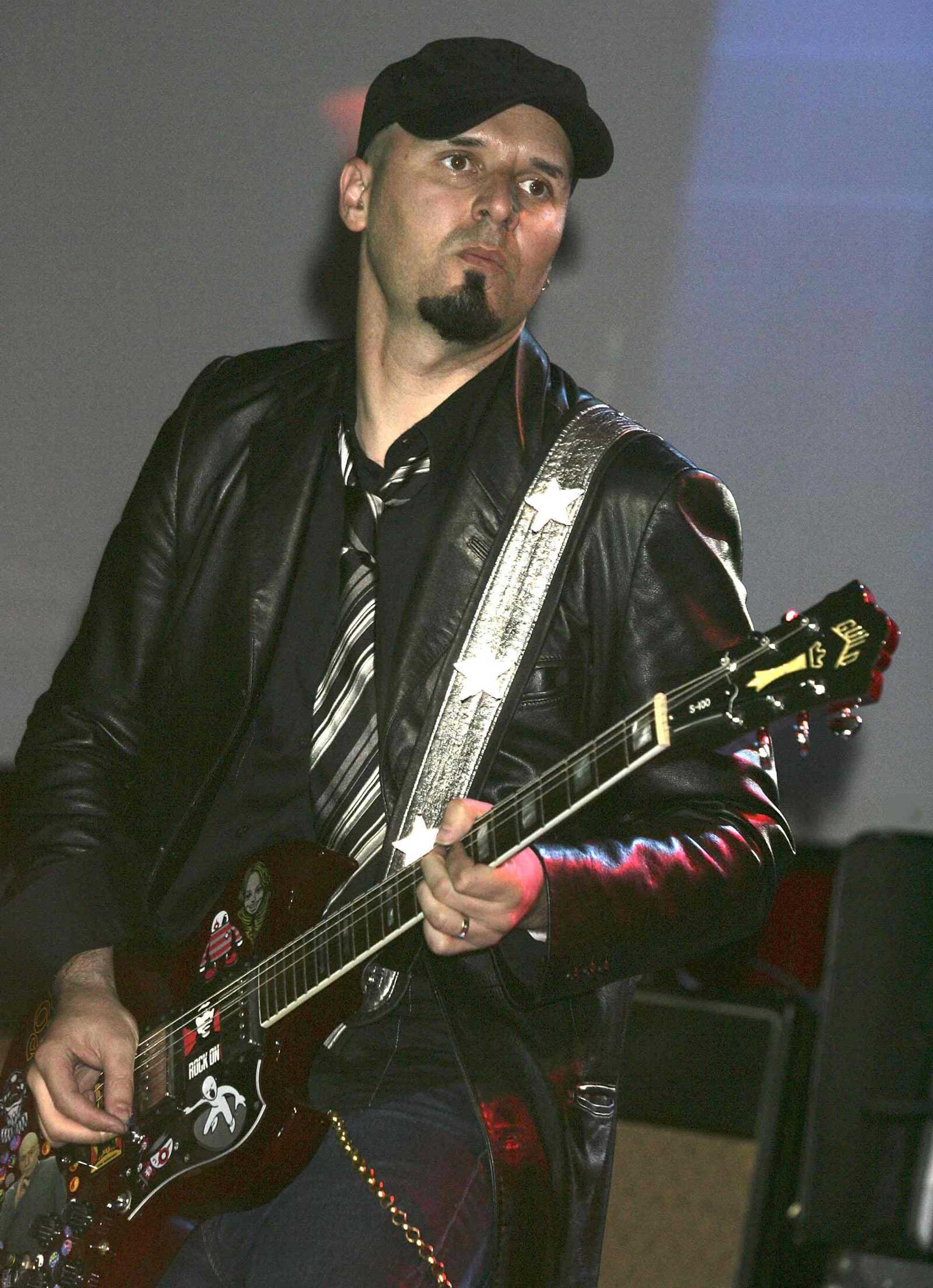 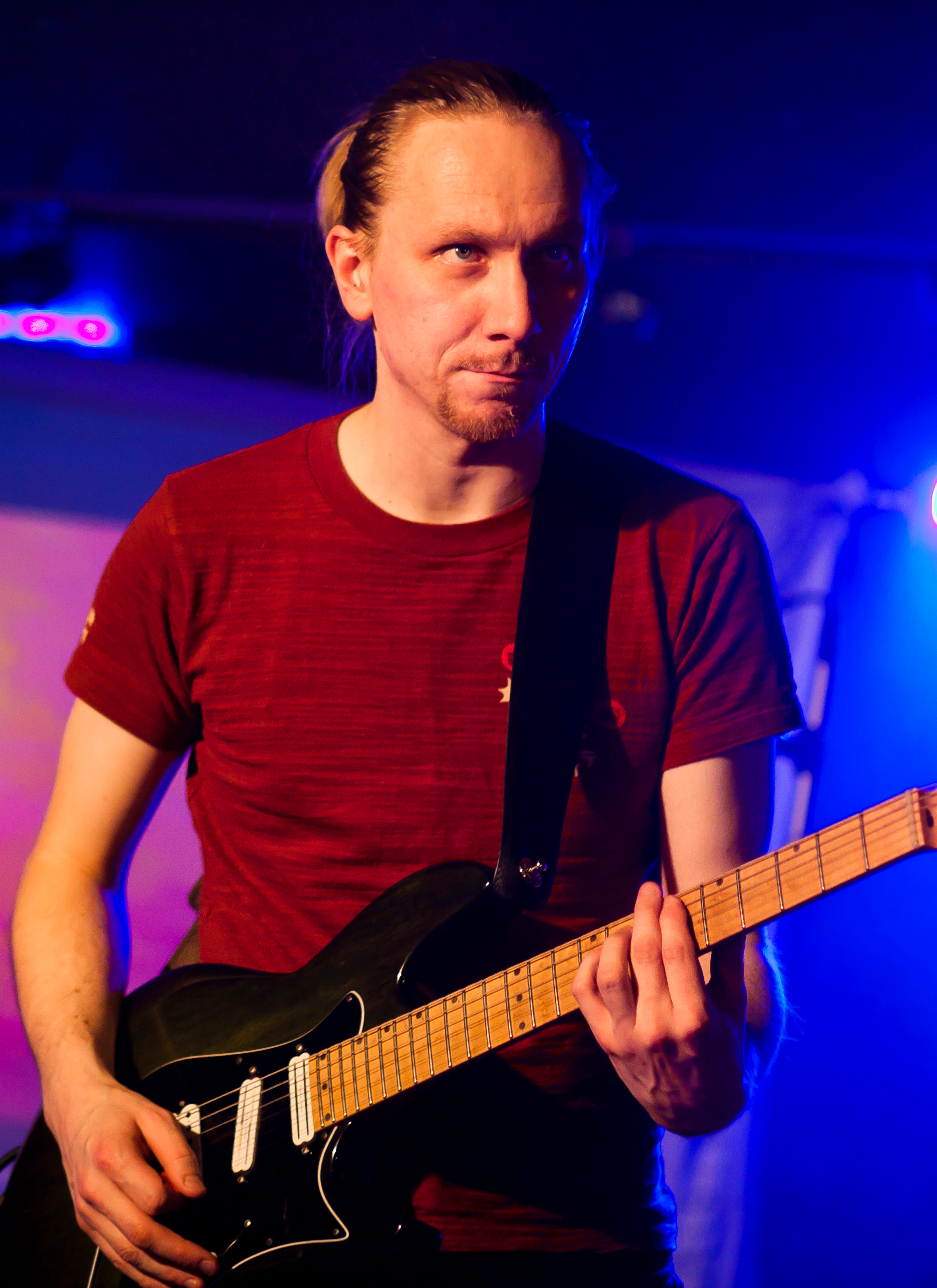 The website of our lecturer Mika Tyyskä has cult status among guitarists – after all, the magic of the animated character Mr. Fastfinger is one of the most virtuoso that is currently offered on six strings.

In the Professional Program Guitar, Finnish-born Mika exclusively shows you his techniques for tapping, sweeping, alternate picking and arpeggios and shows you how to practice them effectively and use them musically.

Learn more about your instructor HERE.

One of our most experienced lecturers is Bob Saganas. He started playing the guitar at the age of 16 and successfully completed his guitar studies in Athens in 2010. As a professional guitarist, he played with his bands for big bands like the Scorpions and Thin Lizzy as a support act in front of large audiences and worked with musicians like Kip Winger (bass player for Alice Cooper). 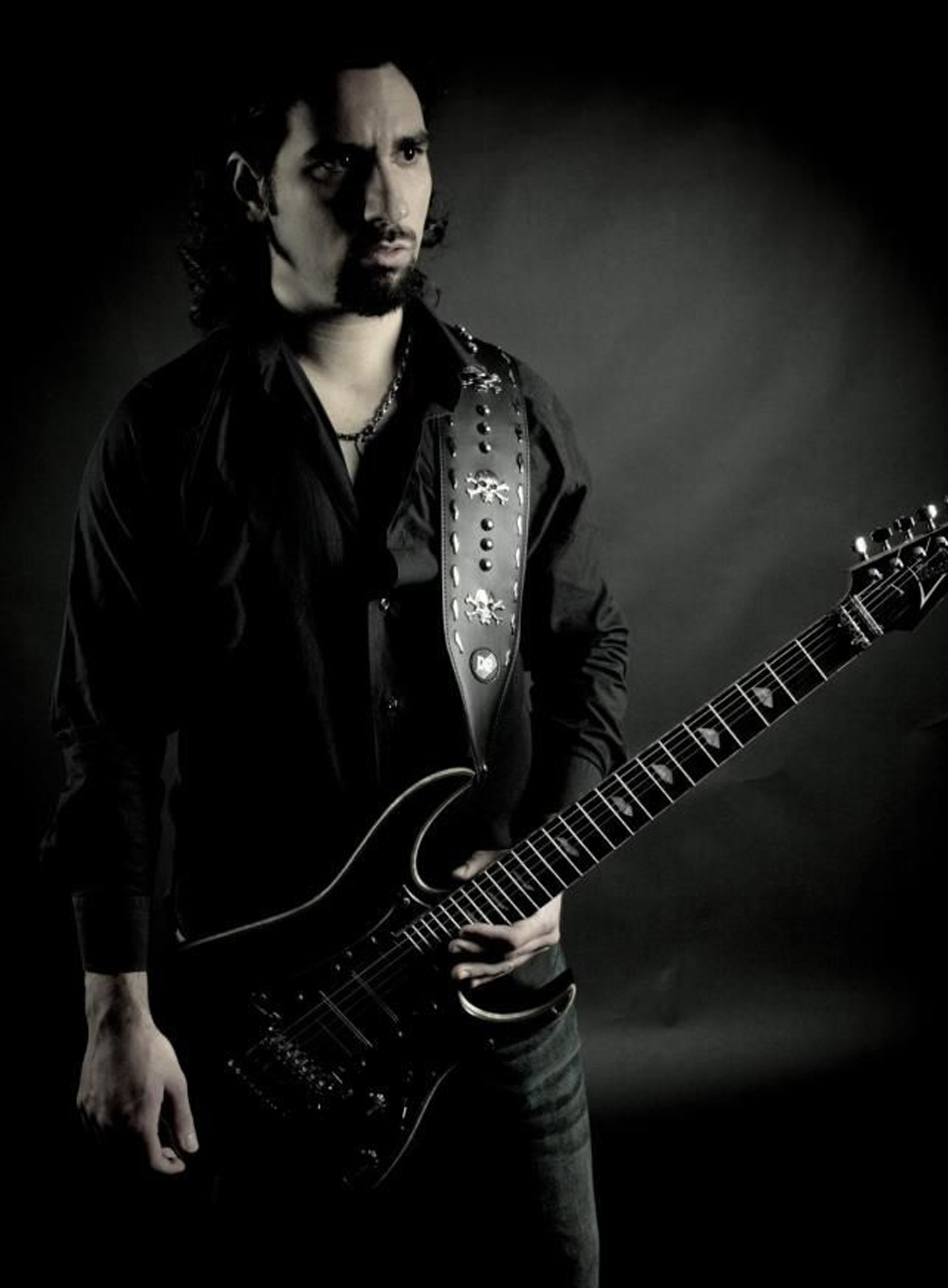 Nico Schliemann comes from the Stuttgart area and has been playing guitar since he was 10 years old. At the age of 16 he already studied at the Jazz & Rock School in Freiburg. He has been a guitar teacher for over 19 years and has made a good name for himself as a coach. In 2011 he won the 2nd place at the international guitar contest “Guitar Idol III” in London as best newcomer.Live he is mainly on tour with JUNO17 and the German electro-pop act Glasperlenspiel (among others through the big arenas at the summer tour 2015 as support of HeleneFischer). He played with Wincent Weiss, Maite Kelly, Gregor Meyle, Elli Erl (DSDS), Percival Duke(The Voice of Germany), Rolf Stahlhofen (Söhne Mannheims), Stefan Stoppok, The Wheater Girls, uva.

Yannick Robert comes from Paris and is known for his unique finger playing technique and melodic playing. He studied at the Guitar Institute of Technology (GIT) in Hollywood and at the CIM Paris and at this time was already chosen as the winner of the Jazz Contest of the famous La Défense Jazz Festival. He played with many stars of the jazz scene like Scott Henderson, Alain Caron, André Charlier, Michel Cusson, Jean-Marc Jafet or André Ceccarelli and has published numerous books, CDs and DVDs over the years. Yannick is a guest lecturer at the MAI (Music Academy International) in Nancy, Teaching Director of the Ibanez Guitar Schools in France and Collection Director at ID Musique. 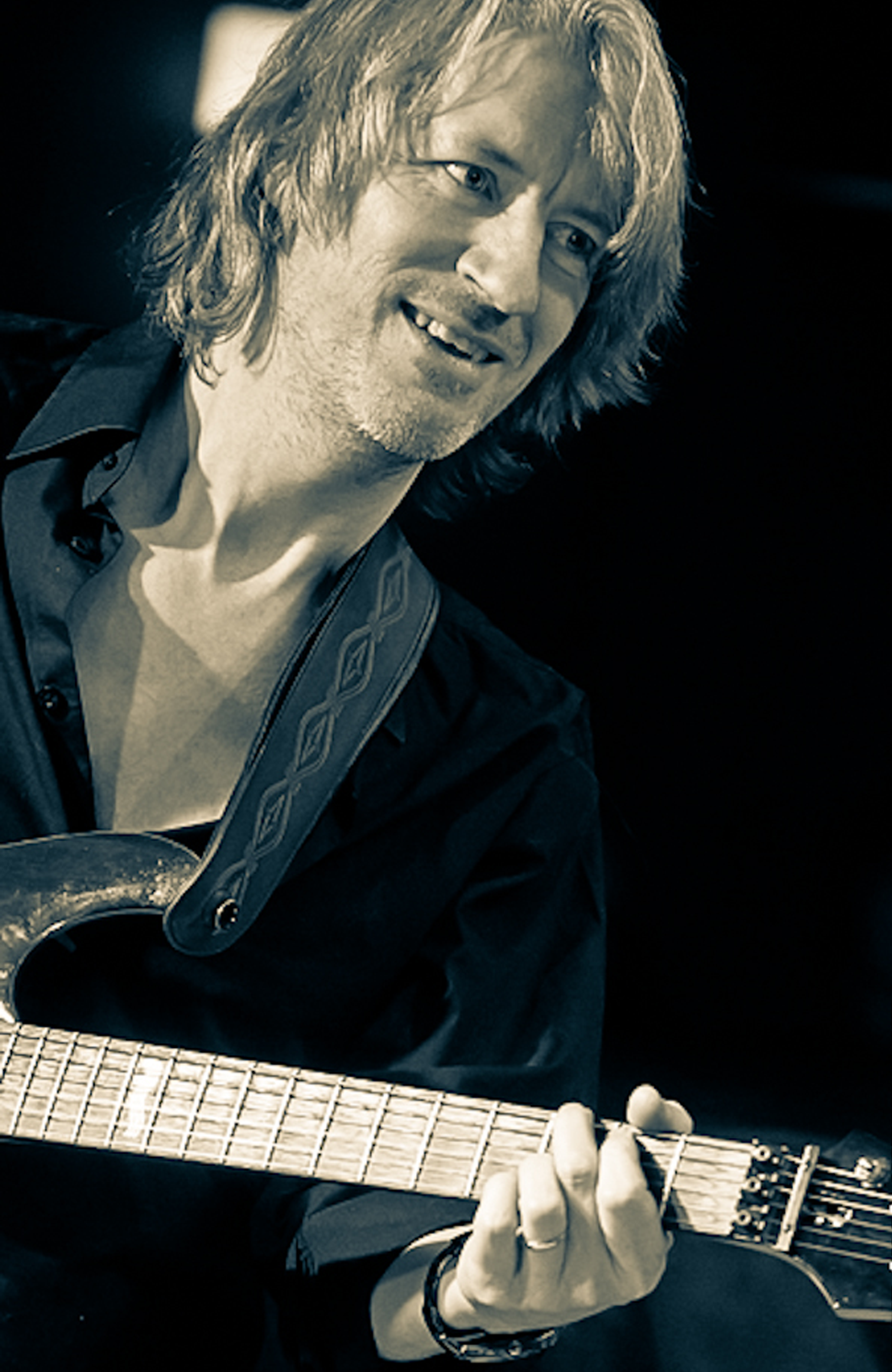 In his 50-plus years of playing the instrument, Carl has created a wildly successful, multi-faceted career. He is a critically acclaimed musician, vocalist, songwriter, arranger, producer and educator with fifteen albums and two live DVDs released worldwide. Carl is commonly regarded as a guitar virtuoso capable of playing any style of music with remarkable mastery and conviction. He has been one of LA’s elite “first call” session players for the past 38 years, playing on hundreds of records, movie soundtracks and television shows. As a solo artist,  Verheyen has graced the pages of countless industry publications and been the subject of numerous articles chronicling his rise to the forefront of the modern day guitar scene. Carl has won numerous polls and musical honors in the US, Germany, France, Italy and the UK.

A member of the British rock group Supertramp since 1985, Carl has played to millions of enthusiastic fans in sold out arenas worldwide.

As the creative force behind the Carl Verheyen Band, he has released an impressive and eclectic discography that showcases his endless talents across a wide array of musical genres. Carl has run the CVB since 1987 and the band has toured all over the world steadily since 1997. They continue to draw fans on the festival circuit as well as theaters and clubs in North America and Europe.

After Andreas Reinhard successfully graduated the Professional Program in 2011, he moved to Berlin to study music production at School Of Popular Arts.
The Professional program gave him all the tools needed to become a successful musician in the German capital.
In Berlin, he is currently working as a studio and touring musician and producer. Andreas plays guitar for different acts such as Cloudy June and TAM. His main focus is his own band The Oklahoma Kid, which went on multiple tours through Europe within the past years.

André Mertens is a passionate musician and enthusiastic music trainer. Already as a teenager, he started playing in bands and teaching guitar. Among his musical highlights are winning the Robert Johnson Guitar Awards as the best young guitarist in Germany, many workshops with well-known musicians, a big tour through the USA and Canada with guitar legend Uli Jon Roth and worldwide performances on festivals like 70.000 Tons of Metal in Miami/Florida and the Metaldays in Slowenia. 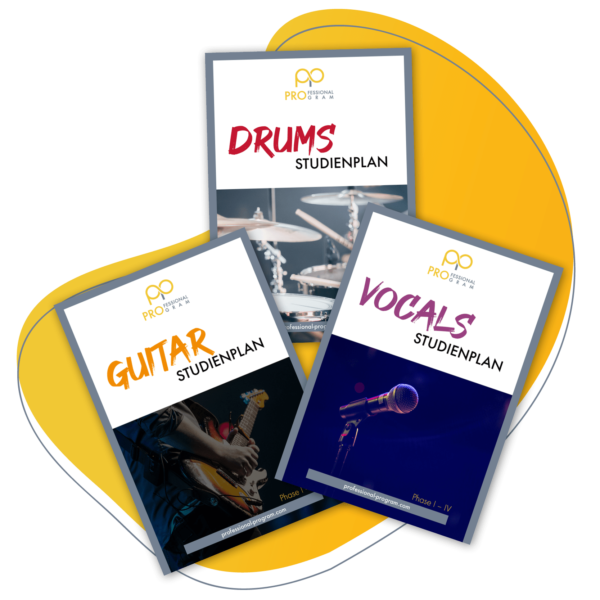